Starting from the same bus stop in Portsoy where I finished my previous walk (Walk 34 of this Blog) I continued west along the coast of the Moray Firth.  Last time I had seen crocuses everywhere.  This time not a single crocus, but the whole landscape was saturated in yellow: daffodils, broom, forsythia and in particular gorse.  Miles and miles of gorse: sickly sweet and a deep Chinese yellow.

I had an interesting conversation about the languages of Scotland with a cashier at a supermarket in Buckie.  He told me that 99% of Scots speak English, but that Scottish Gaelic (pronounced Gallic) and a lowland language called Scots are also spoken, and that a tiny number of people still speak Shetlandic.  My landlady in Elgin told me that when together with family and friends she speaks Doric, which is a regional dialect of Scots.  She also told me about the herring trade which once dominated every one of the seaside villages I passed through along this stretch of coast, and about a renowned group of women who in the 1800’s used to travel the coast from Inverness to Northumbria helping the local fishermen gut, clean and salt their catch.  Today it’s hard to imagine these empty harbours sheltering fleets of hundreds of fishing boats and employing thousands of men, women and children.  A way of life and a complete society based on the herring trade which have now vanished into history.  Today only the empty shells of these redoubtable harbours remain, reflecting nothing more than the shifting patterns of the clouds above.

I spent three nights in Inverness: for good logistical reasons (Inverness is a transport hub) but I was also aware that I was clinging to the last major town I will see before rounding the far north of Scotland and walking down the west coast back to Glasgow.

Having established that I was a walker my landlord in Inverness asked me how I far I have already walked around the coast of Great Britain.  When I told him 6,000 miles he gave a genial grunt and shrugged.  My last morning he asked me where I was going that day and was completely dumbfounded to hear that I was planning to walk out to Inverness airport, a distance of only ten miles!

The day before that I had a nasty experience on my way to the Sutors of Cromarty.  Cut off by the rising tide on a narrow shelf of beach I found my way blocked by an outcrop of rock which projected at 90 degrees from the cliff face out into the sea.  There was no way round but I managed to scramble to the upper edge and found myself looking down a sheer and impassible 60 foot drop.  Lying flat on the knife edge summit of the rocky outcrop I crawled like a snake, with my backpack, along the top and back to main body of the cliff.  It was apparent that there was only one way to go, and that was up the cliff face.  Hauling myself from one hand- and foot-hold to another, clinging to anything that would support my weight and give me purchase, I tried to climb in a line vertically above any scrubby trees or bushes so that I would have something to grab onto if I lost my grip and fell.  It took 45 minutes to reach the top, and having rolled myself over the clifftop I lay on the grass gasping for air like a fish out of water.  It was the first time on any of these coastal walks that I have seriously wondered whether this was it and the game was up.  I imagine there can not have been many people who have been as glad to reach Cromarty as I was that day.

Cromarty.  I am now so far north that I find it makes me feel slightly giddy looking at the map of Great Britain.  So far north, so far out of my comfort zone, so far beyond familiar places and beyond the limits of my knowledge and experience.  People here are nice, very nice.  But if someone told me that actually the earth was flat, I would almost believe that I am just about to walk out over the furthest edge of it. 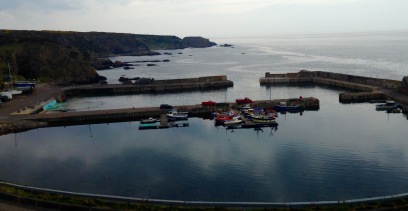 Shingle banks at the mouth of Spey Bay. 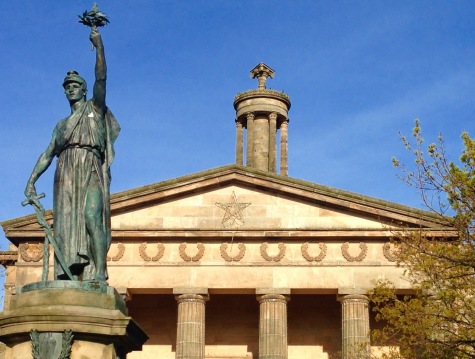 Between Lossiemouth and Hopeman. 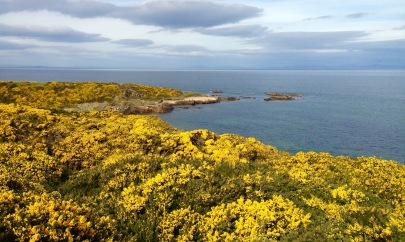 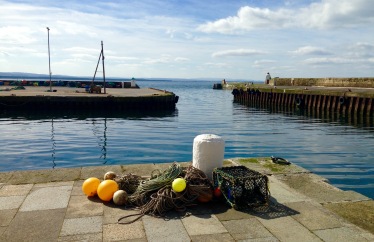 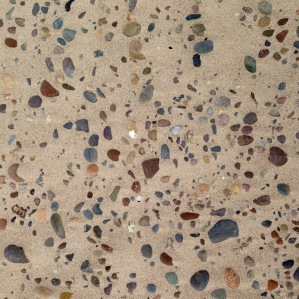 The beach at Findhorn. 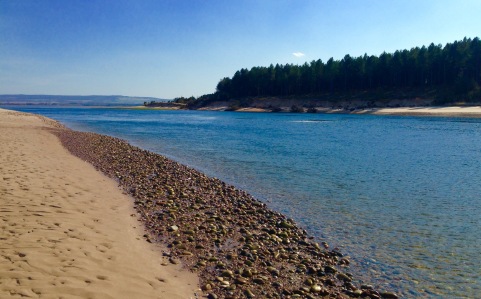 Narrow channel at the mouth of Findhorn Bay. 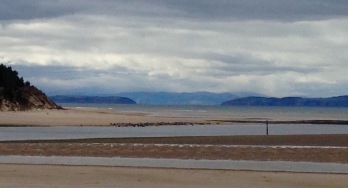 Colony of over 100 seals in the mid ground; the Sutors of Cromarty beyond. 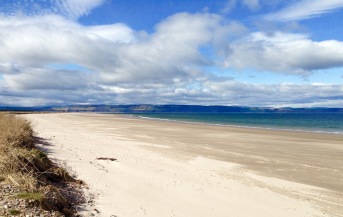 Path through the marshes. 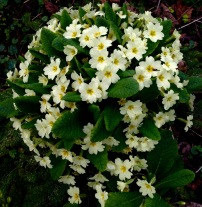 Inverness, from the pedestrian bridge over the River Ness.

Looking back to Inverness from the Kessock Bridge. 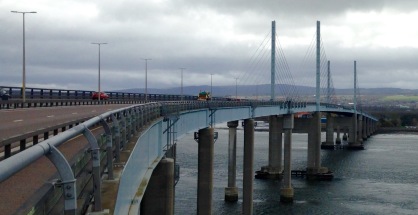 Kessock Bridge, the road to the Far North.

The old pier at Fortrose.

Walking beside the Moray Firth. 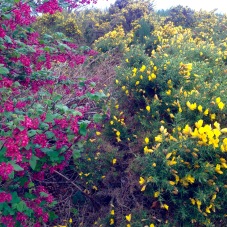 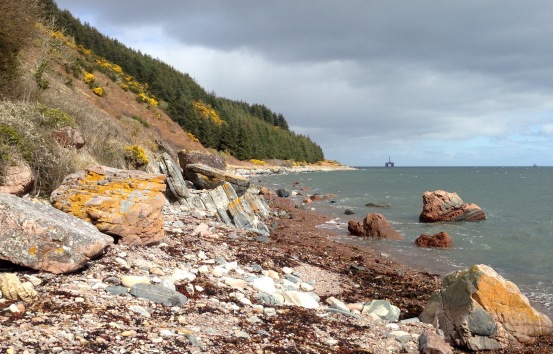 Beside the Moray Firth.

Heading towards the Sutors of Cromarty.

Approaching the South Sutor with view across mouth of Cromarty Firth to the North Sutor.

The Sutors of Cromarty from south to north.