“18 months ago, you could not get a bed for the night under £130 anywhere along this coast, from Dundee to Fraserburgh”.  But due to the fall in the oil price “Aberdeen has taken a real hit”.  My landlord in Montrose used to work “on the rigs”, as did his three brothers and his son in law.  “It’s alright for now, but it’s not what it used to be”.

For much of the way from Dundee to Aberdeen there was no coast path so I had to take to farm tracks and minor roads.  A different sort of walking: navigating myself, this way and that, along a mass of tiny lines on the Ordnance Survey map, rather than striding out on a clear coastal path.  The sea was usually in sight as I passed through farms and hamlets, the fields already ploughed, the earth stained pale mauve to vivid plum.

The woods were full of snowdrops, white splashes in the undergrowth like pockets and drifts of snow, with the first daffodil shoots protruding through last year’s fallen leaves.

I walked from the edge of the Tweedsmuir Forest, where I had finished my last walk, along the south side of the Firth of Tay and over the two mile long Tay Road Bridge to Dundee.

Next morning the fog was so thick I could sometimes only see twenty feet ahead.  I followed the north bank of the Tay.  As I walked the sun slowly burnt off the mist, leaving a still and cloudless day as I passed through Carnoustie on my way up to Arbroath, home of the famous haddock “smokies”.  There was hardly a cloud in the sky and the late afternoon turned into one of those coastal days which end not so much with a sunset as with a long slow fading of the light, the world becoming heavy and still, a light mist over the sea and colours fading imperceptibly to darkness.

Another day, as I approached Montrose, following country lanes slightly inland from the coast, I found myself being guided down into town from the surrounding hills by the town’s prominent Steeple.  I stayed on the handsome High Street in a pleasantly faded, once genteel, eighteenth century townhouse.

On my last day I walked nearly 30 miles into Aberdeen, arriving in the evening.  As I walked around the docks, in the gathering dusk, I could see the riding lights of ships moored offshore.  I stood for a while in the darkness by the water’s edge and tried to picture in my mind where I was on the map.  Aberdeen looked hard, grey and cold.  I was glad that there was a hotel room, warm, light and friendly, waiting for me somewhere up ahead in the City of Granite.

Across the River Tay towards Dundee.

Woods and roadsides full of snowdrops. 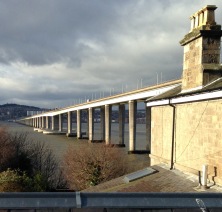 Misty morning; the docks at Dundee.

The village of Broughty Ferry.

A line of fog across the River Tay.

Sun burning off the fog. 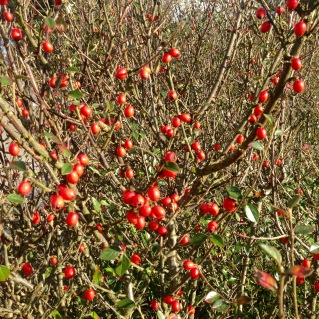 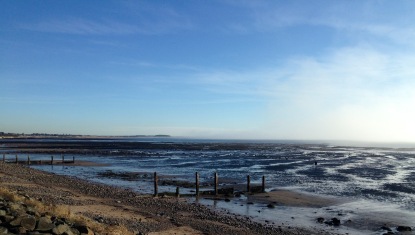 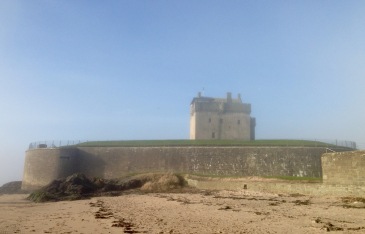 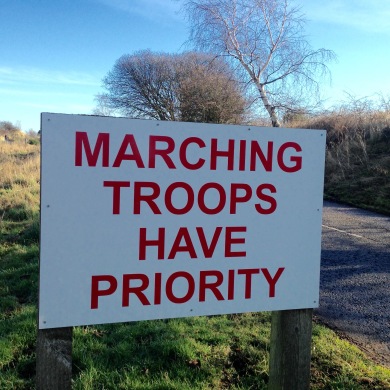 A cautionary notice outside the M.O.D. base near Monifieth. 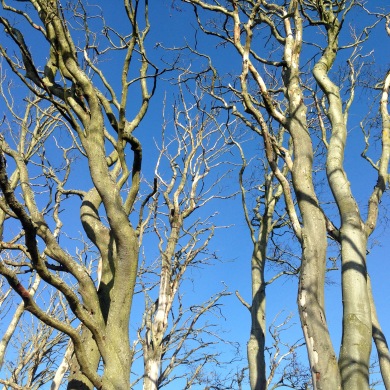 The harbour at Arbroath. 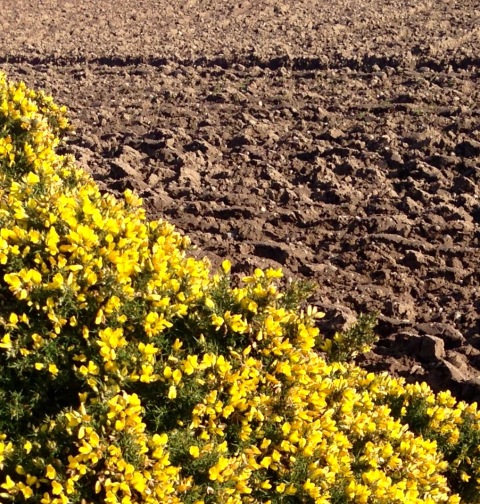 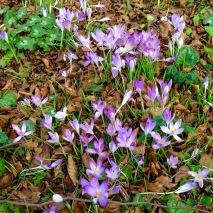 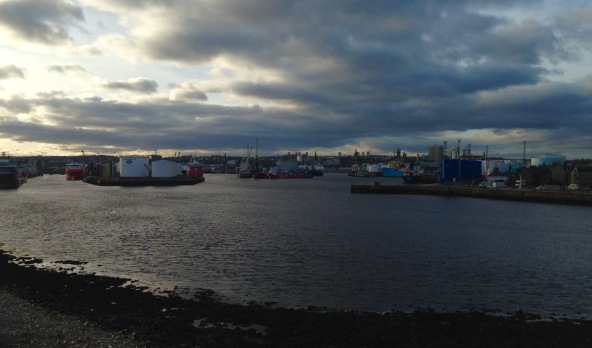 The docks at Aberdeen.