Walking from Caernarfon to Liverpool was the final stage in a series of Coastal Walks which have taken me in a 4,500 mile circle from Liverpool up to Glasgow, across to Edinburgh, down the east coast to London, around Kent and along the south coast of England to Land’s End, up to Bristol, around the coast of Wales, and now finally back to Liverpool.

Although my walk around the Coast of Mainland Britain is by no means complete, (I have yet to walk round the north of Scotland which I hope to do in 2017), walking back to Liverpool has been my goal, my lodestar, my focus, my ambition and my destination for the past few years.  I had always fantasised that I would cross the Mersey from the Wirral to Liverpool by ferry so I was aghast to discover two days before I hoped to make the crossing that the service had been suspended indefinitely.  For reasons I still do not understand, by the time I arrived at the ferry station the service had been resumed!

I found myself walking on the cusp between autumn and winter.  The wind off the sea was bitterly cold but I was in time to witness the final exuberance of autumn colour before the leaves finally fell from the trees.

There are more Welsh speakers in Caernarfon than anywhere else in the world.  And yet my walk along the north coast of Wales was characterised by a feeling of diminuendo, the “Welshness” seemed to reduce more and more the further east I walked, back towards the English border.  From Caernarfon to Bangor and Llandudno my map was gloriously full of Welsh place-names: Abergwyngregyn, Llanfairfechan, Penmaenmawr, Dwygyfylchi, Conwy and then Llandudno itself.  East of Llandudno the atmosphere seemed to change as I passed through the resort towns of Colwyn Bay, Rhyl and Prestatyn.  Less Welsh was spoken and names became less prosaic and increasingly more English: although it is nowhere near the border Llannerch-y-mor, on the River Dee, felt like the last outpost of this enchanting country whose coast I have walked for over 700 miles.

I crossed the River Dee at Connah’s Quay, in a maze of power stations and electricity pylons, and then walked beside dual carriageways for a couple of hours until, somewhere near Shotwick, in the Wirral, I crossed imperceptibly back into England.  I spent two nights in the Wirral, at Parkgate and Hoylake, before crossing the Mersey to Liverpool and home. 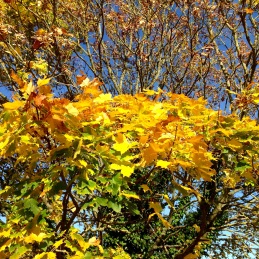 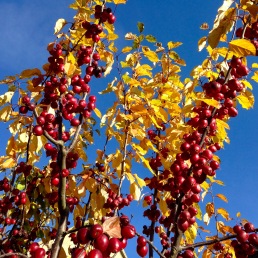 Suspension Bridge across the Menai Strait to Anglesey. 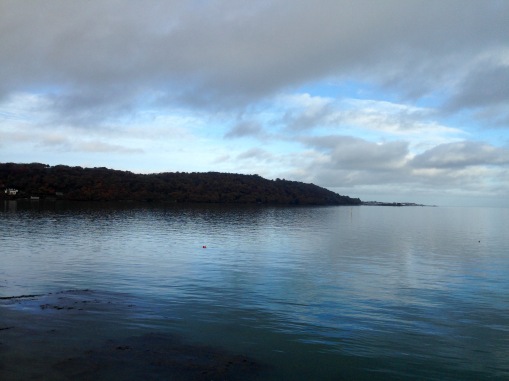 Across the Strait, from Bangor towards Beaumaris in Anglesey.

One of many coastal cycle paths which I walked; this near Bangor. 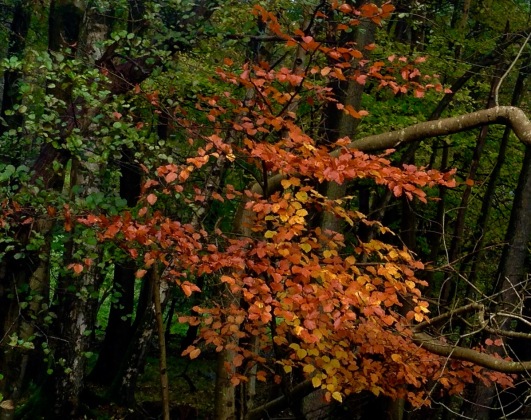 Late afternoon light on the marshes at Abergwyngregyn.

Llandudo and the Great Orme. 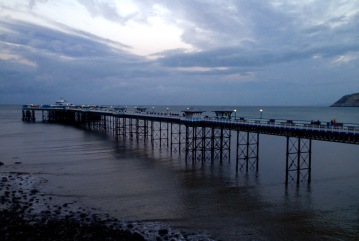 The pier at Llandudno.

Descending to Llandudno from the Great Orme. 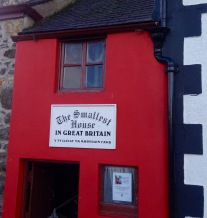 The Smallest House in Britain, Conwy. 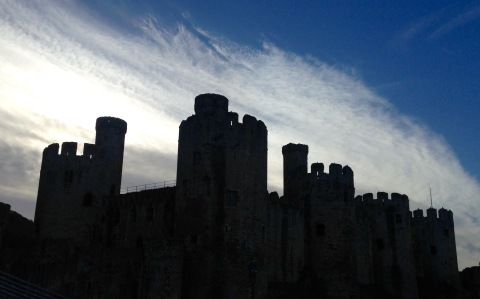 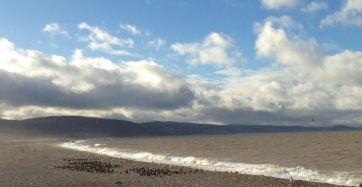 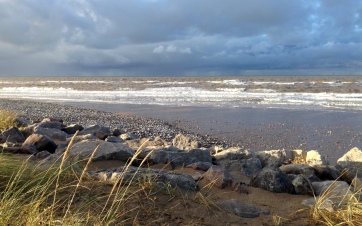 Approaching Rhyl from the west. 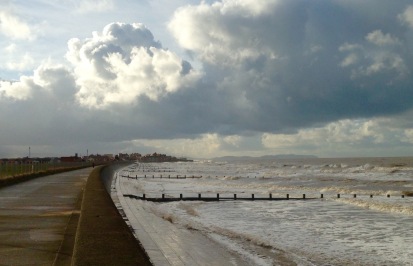 Walking on from Rhyl, to the east.

The seafront at Prestatyn.

Northeast point of Wales, near Talacre. 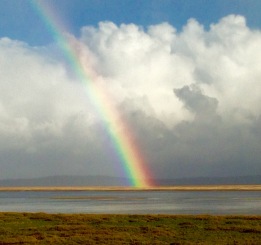 Welcome home! Rainbow landing on the English side of the River Dee.

Morning light, mouth of the River Dee, from the Welsh side.

The “Duke of Lancaster” at Llannerch-y-Mor, River Dee.

Crossing the River Dee, from Wales to the Wirral, on the Flintshire Bridge, Connah’s Quay.

Hoylake, on the Wirral.

Mouth of the Mersey, from New Brighton on the Wirral, Liverpool.

First view of Liverpool, across the Mersey in fog and rain.

The last lap; across the Mersey by ferry.

3 thoughts on “WALK 31 : FROM CAERNARFON, Gwynedd BACK TO LIVERPOOL.”