Of all the people I have met on these walks I found those in Somerset to be amongst the most friendly.

On the coast path out of Minehead however I was heckled by three young men in identical tight grey tee shirts.  “Ooh,” said the first, “you’re a cheeky boy you are”.  “Nah,” his friend disagreed, “he’s a cheeky bas-ted, that’s what he is”.

Leaving Minehead I was aware of crossing a faultline: gone were the drifts of bluebells, pockets of primroses and ubiquitous gorse; now the verges were filled with cow parsley, the fields adrift with a rippling sea of buttercups, cottages hung heavy with wisteria in full bloom, clumps of red valerian sprouting from walls and hedgerows; poppies, foxgloves, honeysuckle and roses.

The land also changed at Minehead, from the spectacular cliffs and punishing gradients of the South West Coast Path the coast was now flat all the way to Bristol.  The only suggestion of rising ground was the seaward end of the gentle Quantock Hills, otherwise I found myself crossing the flat open ground of the Somerset Levels, a patchwork of rivers, streams, water courses, channels and watery ditches.  There were no paths across the Levels so I followed a criss-cross network of minor roads, most of which took me inland away from the coast.

Near Watchet I followed the course of the Herepath, a ninth century military road used by Alfred the Great to link a series of coastal defences against Viking raiding parties.  Alfred may not have been entirely successful though because I read that a number of villages hereabouts still have names of Scandinavian origin.  In one such village, Wick St. Lawrence, I found a note pinned to the church door requesting the door be left open due to “Swallows Nesting”!

I spent a night, just inland from the Hinckley Point nuclear power station, in the tiny village of Shurton: in the woods I heard the first cuckoos, the twilight was full of swifts swooping and darting, and outside my window a robin, sitting on an ancient iron lamp post, sang lustily until dusk.

It took two days to follow the sinuous meanderings of the muddy River Parrett, down one side of the river to Bridgwater and then up the opposite bank to the coast at Burnham-on-Sea where I found everyone on the beach enjoying the sunshine of a hot Bank Holiday Sunday afternoon.

From Burnham I went inland again, following a network of B roads and rejoined the coast at Weston-super-Mare.  I checked into a greasy B&B; my landlady met me at the door.  She stared wordlessly at my hat, and then my backpack and finally my walking boots.  “Walking, are you?” she asked disinterestedly, and then sniffed combatively leaving me wondering whether that had been a expression of disdain or merely an issue with her sinuses.

Next morning the only way out of Weston lay beside main roads and grinding traffic until I was able to branch off on a patchwork of smaller roads which took me to the charming seaside town of Clevedon with its elegant air of substantial Victorian villas and, according to Sir John Betjeman, “the most beautiful pier in England”.

From Clevedon I continued along a beautiful path right beside the Severn Estuary to Portishead, past which John Cabot sailed in 1497 on his way to discover Newfoundland and which the Tudors fortified to protect the Port of Bristol from the Spanish Armada.

At Portishead I said goodbye to greenery and the natural world.  My route on past Avonmouth to my final destination on this walk of Severn Beach was one continual stretch of thundering lorries, deafening motorways and industrial plants.

Finally I reached Severn Beach, almost in the lee of the Second Severn Bridge which crosses the river to South Wales.  The name is now a misnomer but in the 1920’s the railway from Bristol was extended to Severn Beach, sand was imported and a riverside beach resort was developed: the so-called Blackpool of the West.  Now the boating lake and the refreshment stalls, the deck chairs and the donkey rides are all long gone, demolished in the 60’s to permit construction of flood barriers and sea defences.  The railway remains though, and I took the little two carriage train from Severn Beach station into Bristol Temple Meads. 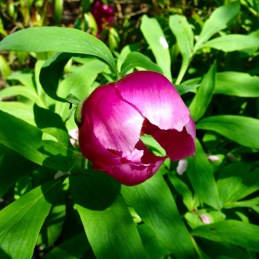 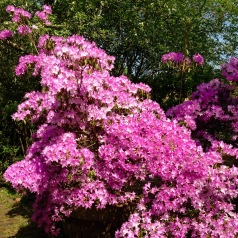 Rising ground; looking back to Minehead. 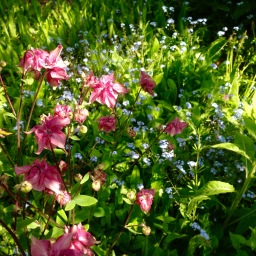 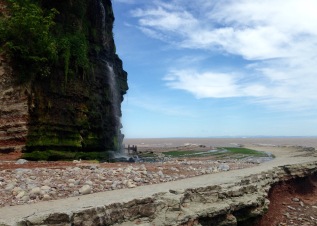 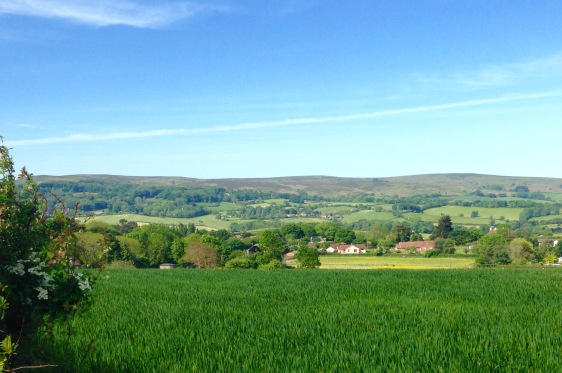 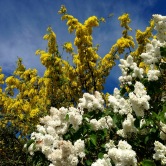 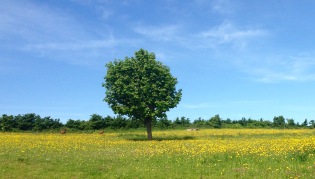 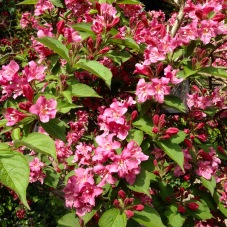 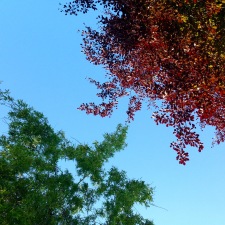 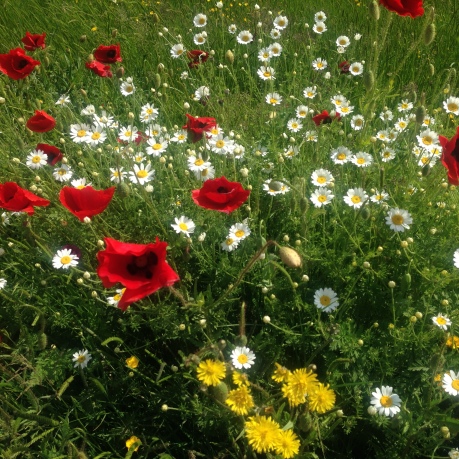 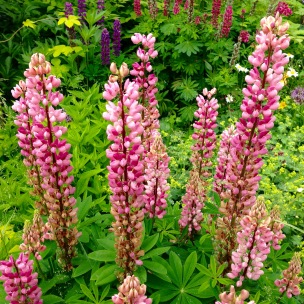 Over the Severn Estuary to South Wales.

From Portishead to Avonmouth. 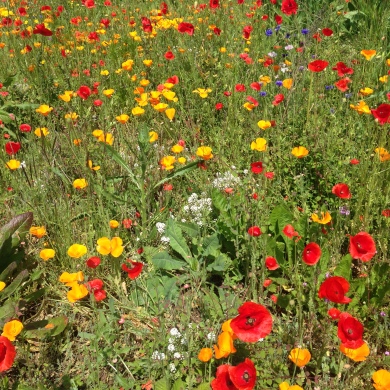 Traffic island on the M5 at Avonmouth! 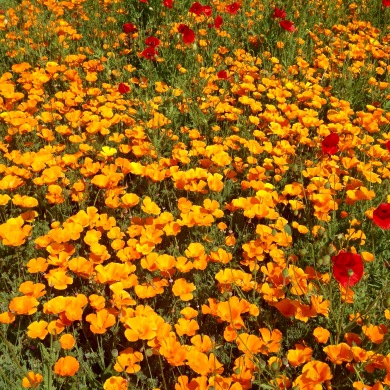 Traffic island on the M5 at Avonmouth.