It was still dark when I left Cockburnspath.  Dark, cold and blowing an equinoctial gale.  For my last walk in Scotland I was heading south, walking some 30 miles back over the border, along the Berwickshire Coast Path.  I did the walk in two sections so as to converge at the end of both days at the midpoint: the pretty harbour village of St. Abb’s.

First light stole in across the sea and lit up the cliffs dramatically.  It was a long, steep, blustery climb to the top with magnificent views unfolding inland and out to sea.  I didn’t meet a soul all day.

On the way I passed Siccar Point: the site of Hutton’s Unconformity.  In 1654, on the basis of painstakingly tracing back the generations detailed in the Old Testament, Bishop Usher had pronounced that the Earth had been created by God, in one go, in its final form, in the year 4004 BC.  In 1788, observing the geological formations at Siccar Point from a boat, James Hutton proved that since bands of more recent rocks overlay more ancient strata, the Earth had to be a great deal older than the Creationists would have us believe.

I made a short deviation off the Path to see the ruins of St. Helen’s Church, named perhaps surprisingly for the mother of Constantine, Emperor of Byzantium.

The further I walked the cliffs became higher, steeper and the views more spectacular.  Eventually, feeling battered and buffeted by the wind, I walked up the slopes of St. Abb’s Head to the lighthouse at the top.  Like the lighthouse I had seen at the Mull of Galloway, on Scotland’s southwest point, St. Abb’s was also built by Robert Louis Stevenson’s grandfather.

The air was cold and blue, the light was electric blue, and the undisturbed surface of the sea turned a deeper and more refulgent blue as evening approached.  Descending the slopes to the harbour village of St. Abb’s I felt as if I was sinking to the bottom of a pool of indigo.

On the second morning I was on my way northwards from Berwick upon Tweed early enough to see the sunrise.  A flurry of clouds momentarily turned to lilac and gold by the rising sun.

Berwick is a charming old town, surrounded by its massive medieval walls it retains the air of a frontier post; it is a city of ramparts, bastions, guard houses, towers and fortified gateways.  A man with a Scottish accent, who I met at a bus stop, told me a little wistfully that the city had changed hands fourteen times before becoming definitively English in 1482; he seemed slightly consoled by the fact that Berwick’s football team still plays in the Scottish League!

The English-Scottish border lies some two and half miles north of Berwick.  It is marked by a two sided sign: heading north from England one is greeted with “Welcome to Scotland”, followed in the vernacular by “Failte gu Alba”.  On the English side of the sign there is only a perfunctory “English Border”.

Walking into a florists in Eyemouth I asked if there was a bus which might take me the five miles to St. Abbs, so that I could walk back from there to Eyemouth in time for the evening bus down to Berwick.  A lady overheard my question and said simply “I’ll drive you” and she did.  She had half an hour to fill before picking up her nephew.  Such gratuitous and spontaneous acts of kindness fill me with a slightly confused sense of wonder at the sheer goodness of the world. 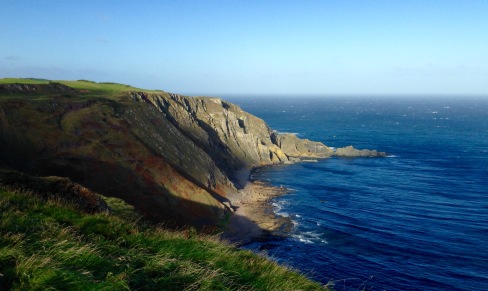 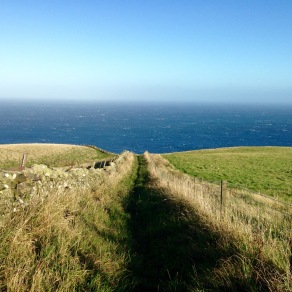 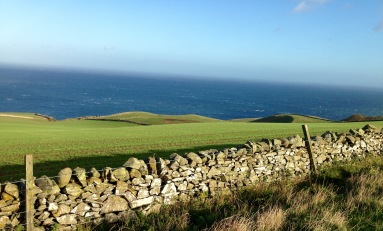 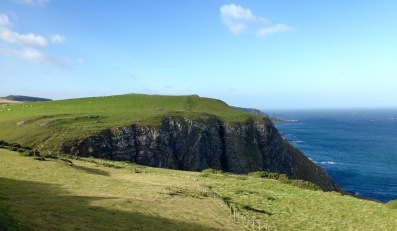 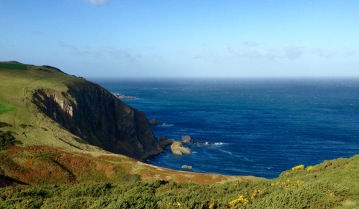 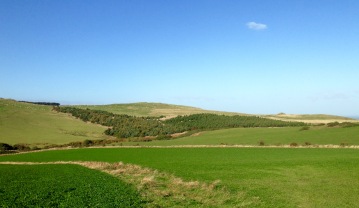 On top of the downs. 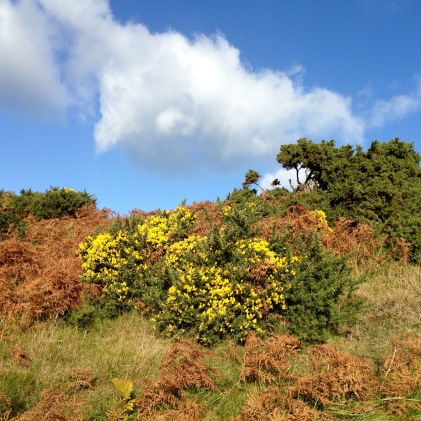 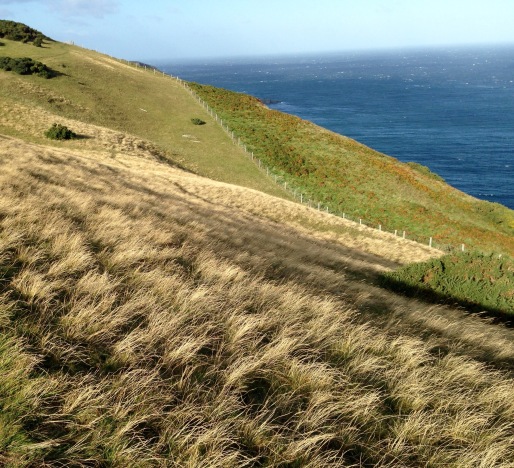 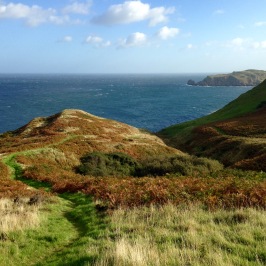 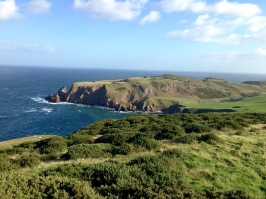 Ahead to St. Abb’s Head. 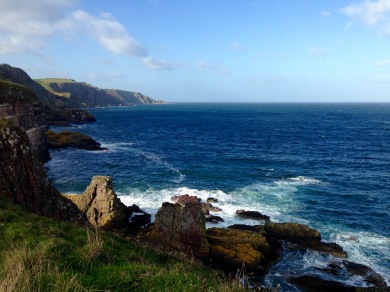 Looking back at the miles covered. 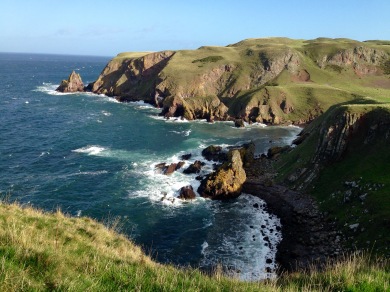 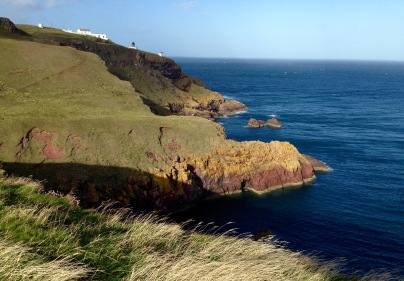 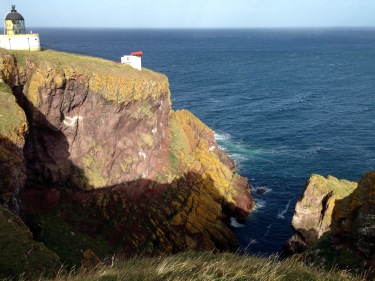 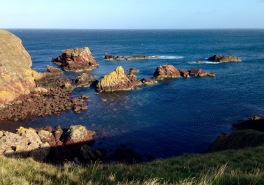 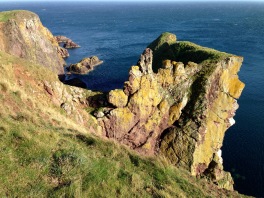 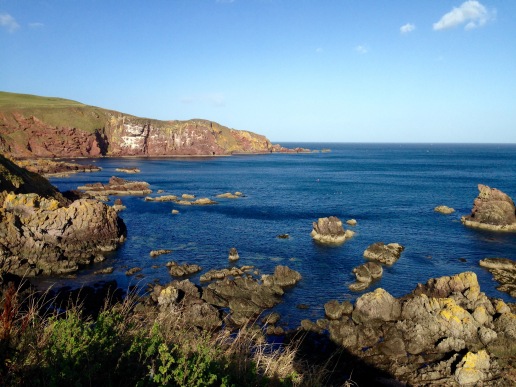 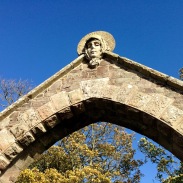 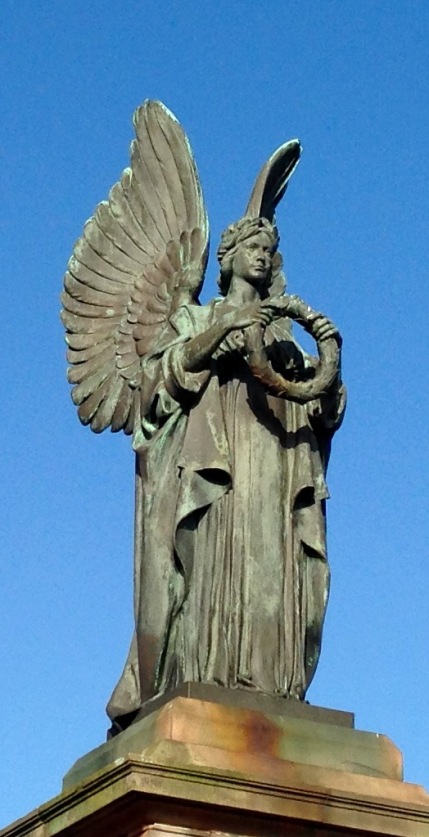 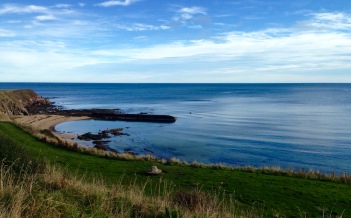 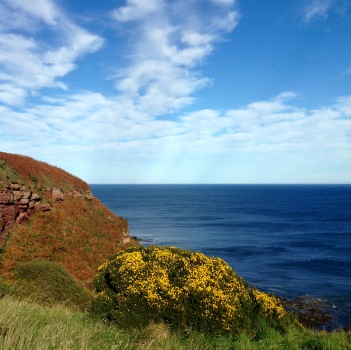 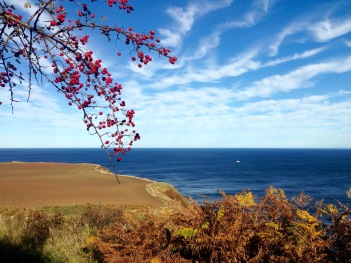 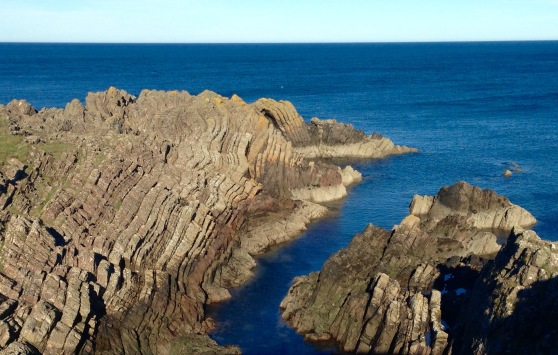 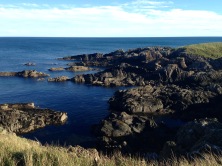 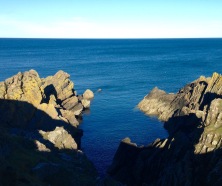 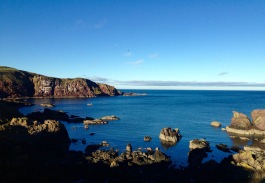 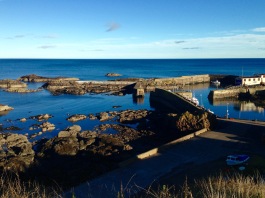 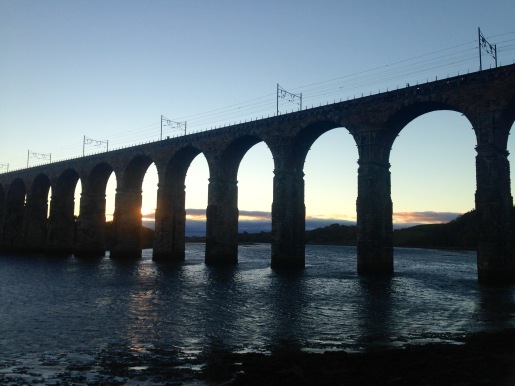 Looking south towards the next walk. The Royal Border Bridge over the River Tweed at Berwick.