There was really only one way to walk north up the coast from Port William so I put the map in my backpack and walked empty handed; not having a map in my hand was so unusual that I had a constant nagging feeling that I had left something behind!  The soil became more sandy, gorse bushes and pine trees abounded, and I noticed that the heather was now in bloom, both near to hand and giving a purple sheen to the flanks of the distant hills.

The port of Stranraer, at the foot of Loch Ryan, was the focus of this series of walks.  There has always seemed to me to be something elemental in the sound of the name “Stranraer”: Gaelic with a suggestion of Viking undertones, redolent of a distant Scandinavian heritage perhaps.  “Stranraer”: sounds like a place as hard as nails, like a hammer striking an anvil, out on a limb, remote and self-involved as it turns its face towards the worst of storm and tempest that the weather can throw at it.

I found a hotel, situated above a pub, in the centre of town.  Check-in was in the bar, a low oppressive room with a dark brown ceiling.  As I walked in a profound and deafening silence descended on the room, everyone suddenly became absorbed in horse racing on Sky or focused their attention on the depths of their pint glasses.  I was shown up to the fourth floor, past a security door which I was assured “is always kept locked” although this no longer seemed to be the case since half the lock was missing and the door showed evidence of having recently been violently kicked in.  Everywhere, on landings and in open cupboards, there were piles of builders’ equipment, a litter of paint pots, ladders, carpenters’ tools, all the paraphernalia and detritus of a building site.  It was not apparent though whether the work was tending towards demolition or restoration.  There were five bedrooms on the fourth floor, and a single shared bathroom.

I sat on the bed and tried to take stock of things; the black and white leopard patterned duvet cover and the fluorescent pea green walls of the room did not assist this process.  On the plus side, I consoled myself, the two young men I had met, one behind the bar and the other who showed me upstairs, had been very friendly, even when I rejected the first room they offered me; and the location of the hotel was also excellent for food and public transport.  Thus encouraged I went out to find the bus to Drummore and the southern Rhinn.

The bus driver was an exceptionally friendly man.  When I thanked him for answering my questions he told me it was “Nay borther, nay borther at orrl”.  He sounded as if he had a pool of letter  “R’s” in his mouth, waiting to be poured into any word in which, south of the border, a single “R” would have sufficed.  He asked me how far I was planning to walk today; he stared expressionlessly at me when I told him, puffed out his cheeks and went “Phoo!”.

From Drummore I walked a long undulating ribbon of single track road out to the lighthouse at the far end of the Mull of Galloway; I was told that the lighthouse was built in the early 1800’s by the grandfather of Robert Louis Stevenson.  On the way, the direction of the sun shining from behind the clouds made the finger-like peninsula of the Mull appear like a dark shadow afloat in a sea of quicksilver.    I walked five miles out to the lighthouse and no sooner had I thought that it was a shame to have to duplicate this walk by returning by the same route than a car stopped and a man asked if I wanted a lift!  They were from Edinburgh, on holiday sailing and kayaking at Port William and the Isle of Whithorn.  I told them about this blog which was the first time my on- and offline personas have coincided!  They dropped me back at Drummore and I spent the rest of the day walking up the inland side of the Rhinns and back to Stranraer.  As the afternoon progressed the sea turned to indigo and the path became a mass of colourful wildflowers.

Back at the hotel there was music and shouting coming from the bar.  A man with a winged Star of David tattooed on the back of his skull watched suspiciously as I went in.  I was surprised to find that a clean towel had been left in my room and that the shared bathroom was spotlessly clean.  I had spent a good first night under my leopard print duvet and although woken at intervals until the early hours by howls and imprecations from the outside smoking area I did in fact sleep well every night I was there.

Next morning I took a bus to the village of Kirkcolm and walked out to the other Stevenson lighthouse at the north end of the Rhinns.  I recognised the same bus driver and told him I was walking out to Corsewall and then back to Stranraer.  He looked at me, puffed out his cheeks and went “Phoo!”.  On the walk out to the lighthouse a car stopped beside me and the driver’s window lowered.  “It’s the man in the hat!  We’ve seen you all over the place.  Down at the Mull.  And at Stoneykirk.  Now here”.  Walking on my own I had felt not only anonymous but also invisible and it was a surprise to hear that people had been so aware of me.  We talked for a while and then they drove away, waving thumbs up signs.

Sitting on a rock below the lighthouse I watched the ferries coming and going from the Cairnryan terminal and looked out at the strange conical shape of Ailsa Craig, like a Pacific atoll which had slipped its moorings and drifted into the wrong ocean.

Subsequently I spent two days walking north from Stranraer up the coast, and on a long, cloudless day of sea and sunshine reached Girvan.  Waiting in Girvan for the bus to take me back down to Stranraer I fell into conversation with a man who said he was waiting not for the bus itself but for “my beloved and my dog” who were on board!

On my last day I walked down the east side of Loch Ryan.  Thinking over the previous days’ walks, suddenly, a rottweiller burst like a torpedo out of the undergrowth and skidded to a halt directly in front of me, barking menacingly.  The owner duly appeared and spoke soothingly to the dog “It’s alright” he said.  “ALRIGHT?” I thundered to myself: “To hell with the dog, I’m the one who’s having the heart attack!”

My last night at the hotel and another clean towel.  I could not think of the place with affection but I felt I had successfully met the challenge it had posed.

Luce Bay from the Rhinns of Galloway. 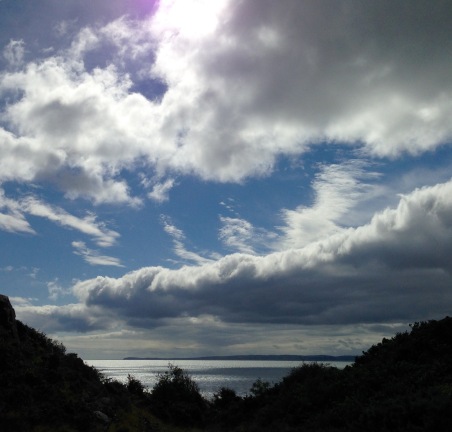 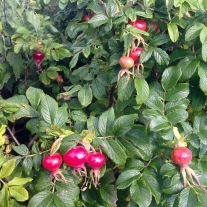 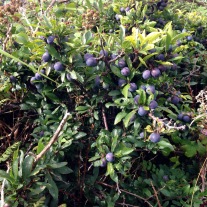 The Mull of Galloway. 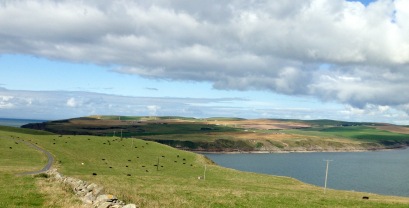 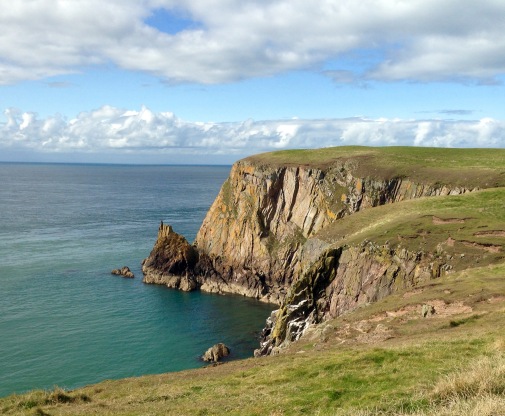 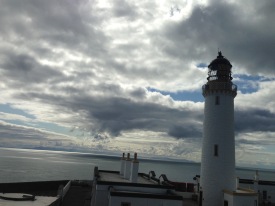 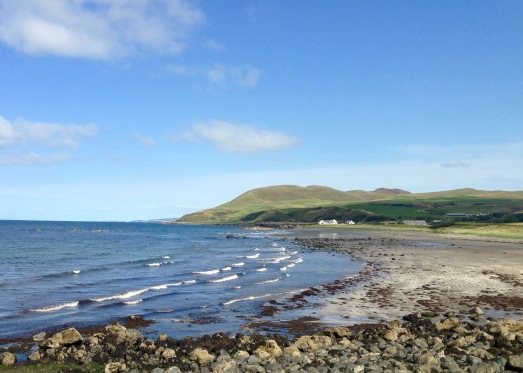 Heading north in the direction of Girvan. 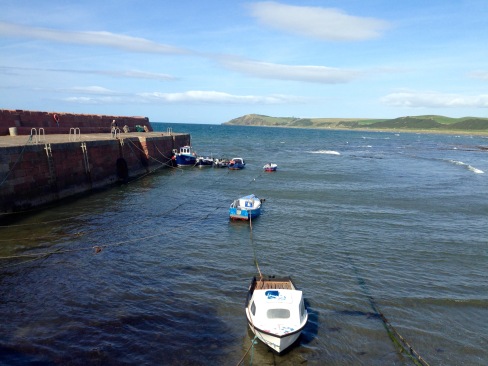 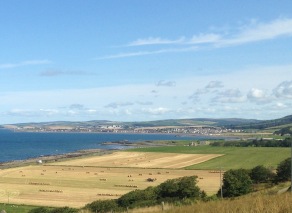 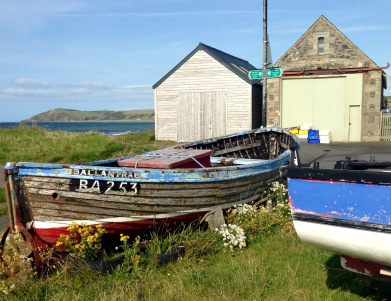